Industry Park Terneuzen is home to a bioorganic water purification plant, also known as Biox. Carmen Huth (Run Plant Engineer) and John van Doorn (Production Leader for Power and Utilities) are excited to explain why this is a crucial part of the site – as well as what goes on in Biox.

Firstly: what exactly is Biox?
“Biox is the bioorganic waste water purification plant at the Dow site in Terneuzen. It processes waste water from all factories on the Industrial Park for purification. Most of this water is then reused. The purification process uses microorganisms, living biomass, which convert hydrocarbons into new microorganisms (activated sludge), water, and carbon-dioxide,” Carmen explains.

Why does Dow Terneuzen use Biox?
John: “The Biox plant was installed in 1994 with the aim of purifying and, where possible, reusing waste water from other plants on the Industrial Park.”

How does Biox work?
Carmen: “All of the waste water produced by Dow factories and several surrounding plants is processed by Biox. Rainwater is also shunted. The purification process involves living biomass. Within Biox, there is a distinction between two flows: saltwater and freshwater. Waste water purified in the saltwater flow drains into the Western Scheldt estuary. Water from the freshwater flow is directed to our colling tower (LHC3).”

Why is the purified water reused?
“Terneuzen is located in an area with insufficient freshwater. Without processing, water from the Western Scheldt is inadequate for industrial, agricultural, or domestic use in terms of quality. Dow therefore collects freshwater from the Biesbosch wetlands or Belgian polder areas. Currently, 75% of water used at Industrial Park Terneuzen is reused water or locally collected rainwater. An exceptional performance. As for the remaining 25%, our goal is to reduce the amount of water collected from the Biesbosch to zero liters by 2024 – on the one hand by using our water even more economically, and on the other by reusing even more waste water from Terneuzen and our purification plant,” John says.

What makes Biox so important?
Carmen: “It would appear a given that waste water is processed, just as you would assume that water you use at home simply flows the drain. But it is crucial for this processing to happen correctly. If it does not, and the microorganisms fail to function as they should, for example due to increased temperatures, there is a negative influence on the waste purification process. As a result, processed water will no longer be suitable for safe disposal in the Western Scheldt.”

What does Biox mean for the region of Zeelandic Flanders?
John: “Biox and Dow are involved with various regional projects. For example, Project Wetlands is a joint effort with Evides to explore innovative means of improving the sustainability of our water consumption. We are also collaborating with the Province of Zeeland and 7 regional farmers on a pilot involving freshwater storage for use in periods of drought.” 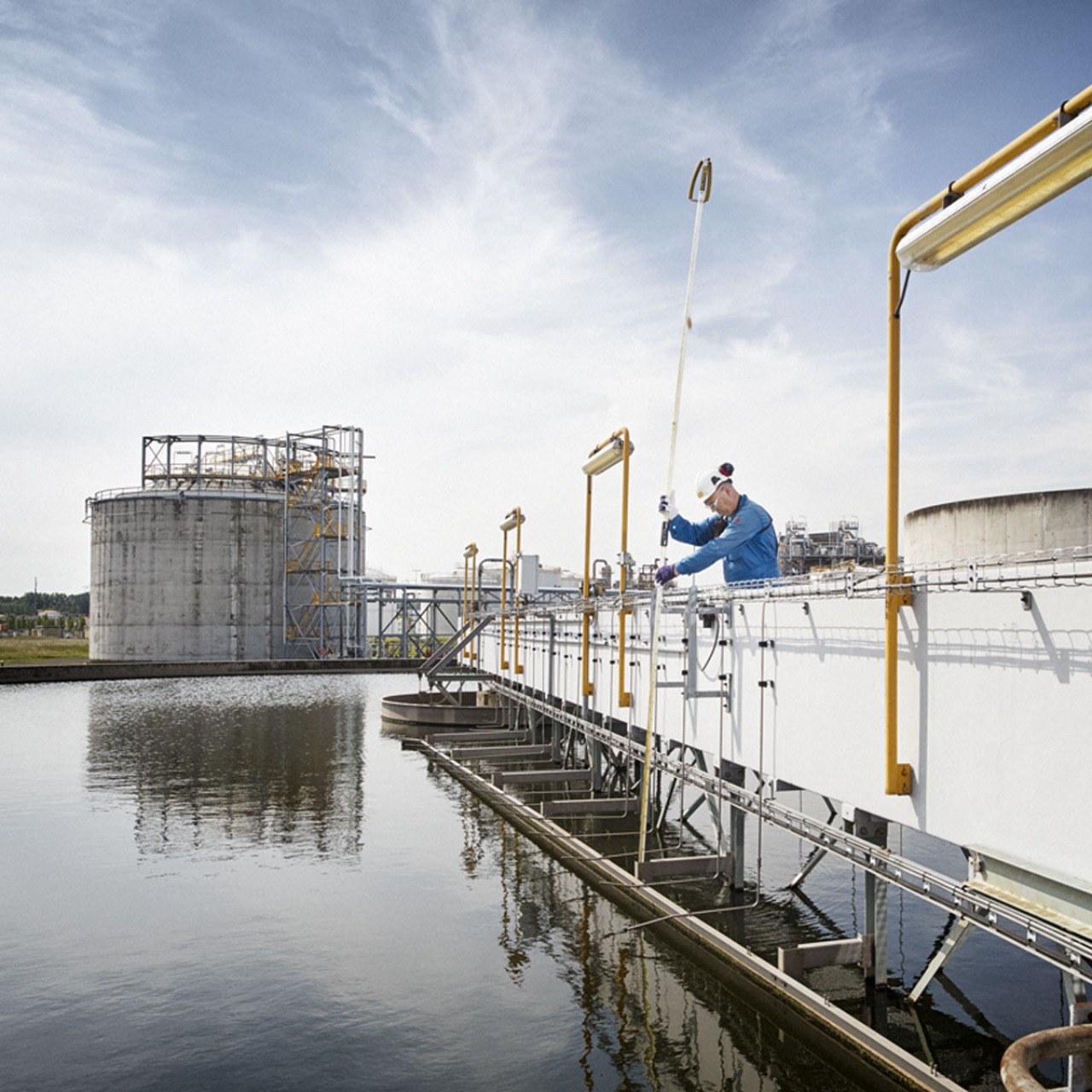